Mads Ostberg says Citroen has called off his planned World Rally Car outing on Rally Australia, as it was dependent on Sebastien Ogier retaining a shot at the 2019 title.

Ostberg has been developing Citroen's second-tier C3 R5 car this season after he was dropped from Citroen's top WRC line-up in favour of Rally Finland winner Esapekka Lappi and six-time champion Ogier.

His last outing in a top WRC car was with Citroen in 2018, when he took third on Rally Australia (pictured below).

Ostberg looked to have been given a last-minute 2019 reprieve, Citroen entering the Norwegian in the top class in Australia to help Sebastien Ogier's title chances in the final round of the championship.

Yet Toyota's Ott Tanak subsequently sealed the championship with an event to spare in Spain last weekend and, in turn, cost Ostberg a one-off outing. 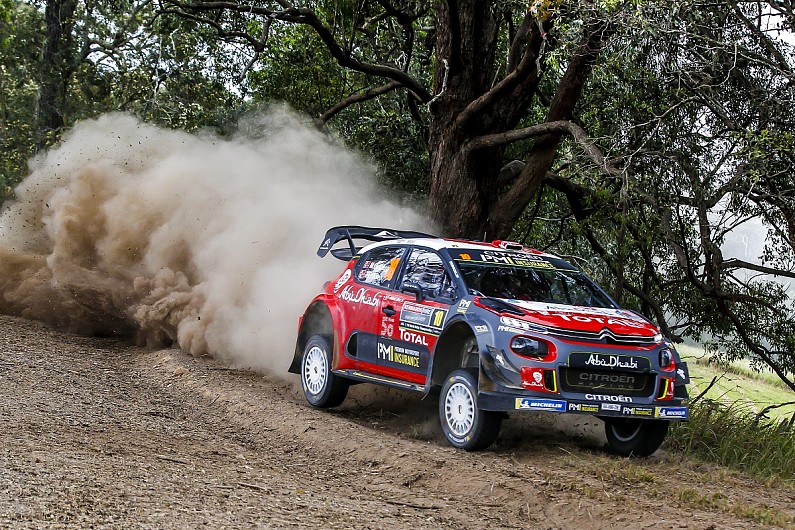 "No Rally Australia for us unfortunately," said Ostberg on social media.

"Our participation depended on Seb's chances of winning the championship.

"You all know how that ended.

"We would love to be there as we proved last year we can jump in a WRC car anytime and be podium material."

Hyundai's WRC line-up in Australia could also be mixed up, as it looks to maintain its 18-point lead over Toyota in the WRC manufacturers' title.

Rumour dictates that Craig Breen could step in for either Andreas Mikkelsen or Dani Sordo in its line-up for the last round of the WRC season.