Chevrolet will contest the opening round of the 2021 World Endurance Championship at the Algarve circuit in April with its Corvette C8.R, while Glickenhaus is set to skip the event.

The latest-generation Corvette that came on stream in last year's IMSA SportsCar Championship will be raced by Oliver Gavin and Antonio Garcia in the eight-hour WEC race in Portugal on 4 April.

The entry provides further confirmation of Chevrolet's intent to return to the Le Mans 24 Hours in 2021 after skipping last year's rescheduled edition of the French enduro as a result of the COVID-19 pandemic.

A further outing for the General Motors brand in the Spa WEC round at the beginning of May looks likely given that a reshuffle of the IMSA schedule means there will not be a race incorporating the GT Le Mans class between next month's Sebring 12 Hours and the Watkins Glen 6 Hours two weeks after Le Mans in June.

Corvette Racing has made sporadic outings in the GTE Pro class of the WEC in addition to its annual trip to Le Mans over the past two seasons.

It contested the Shanghai and Sebring rounds of the 2018-19 campaign with a Corvette C7.R and also the Austin round on the 2019-20 schedule last February with the new C8.R (below). 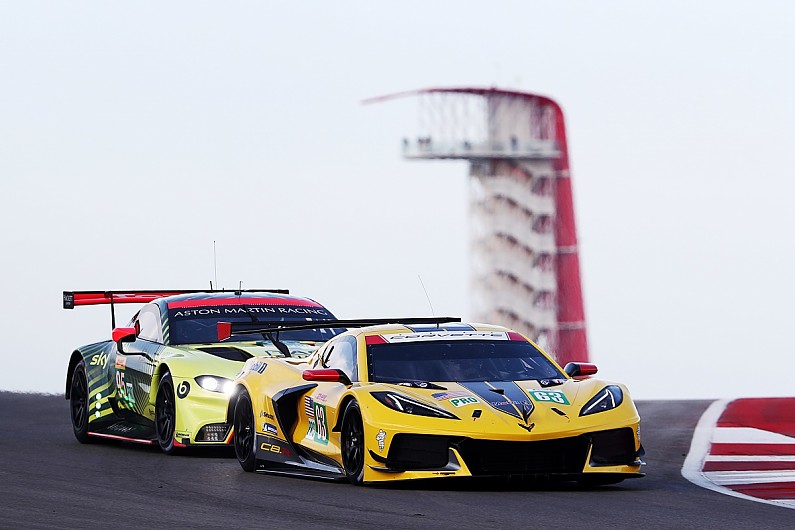 That was meant to be followed by an appearance by the car in the Sebring 1000 Miles the following month prior to the cancellation of the event.

Gavin will return to the wheel of a Corvette in competition for the first time since stepping down from the full-time Corvette Racing line-up last year.

Meanwhile, Glickenhaus is set to miss the WEC opener in Portugal with its new Le Mans Hypercar.

The US-owned boutique manufacturer had declared an intent to be on the grid at Algarve with its pair of Pipo-engined 007LMHs, but is missing from the entry list published on Friday.

Glickenhaus's original plan was to skip the series opener when it was scheduled for Sebring in March in order to focus on testing in Europe close to the Italian base of Podium Advanced Technologies, which has designed and developed the car.

The shift of the opening WEC round to Algarve allowed Glickenhaus to re-evaluate that plan.

The car was meant to be running at the beginning of February, ahead of its homologation sign-off in mid-March, but the car did not hit the track for the first time until Thursday of this week at Vallelunga.

Two-time Le Mans 24 Hours winner Romain Dumas, who has joined Glickenhaus for its maiden WEC campaign, described the first runs of the 007LMH as "pretty positive".