Supercars isn't planning on using the single-driver format at the famous Mount Panorama circuit again in the near future.

The Mountain hosted a sprint round to open the 2021 season last weekend, with a pair of 250-kilometre single-driver races won by Shane van Gisbergen.

It was the first time the famous circuit had been used for a single-driver Supercars race in a quarter of a century.

It could be the last for a while too, with Supercars not planning to revive the event in 2022 or beyond.

The MP500 was a direct reaction to the pandemic, with the Supercars-owned Bathurst 12 Hour unable to go ahead due to Australia's tough border controls.

That freed up an event slot at Mount Panorama and opened the door for Supercars to re-negotiate with the New South Wales state government after the 2020 Newcastle 500 was called off because of the health crisis.

The outcome was a single-driver race at Bathurst to open this season, with Newcastle set to return as the season-opener in 2022.

According to Supercars CEO Sean Seamer the Newcastle deal means the Mount Panorama 500 won't return, the intention to run the Bathurst 12 Hour again should international GT crews be able to enter the country. 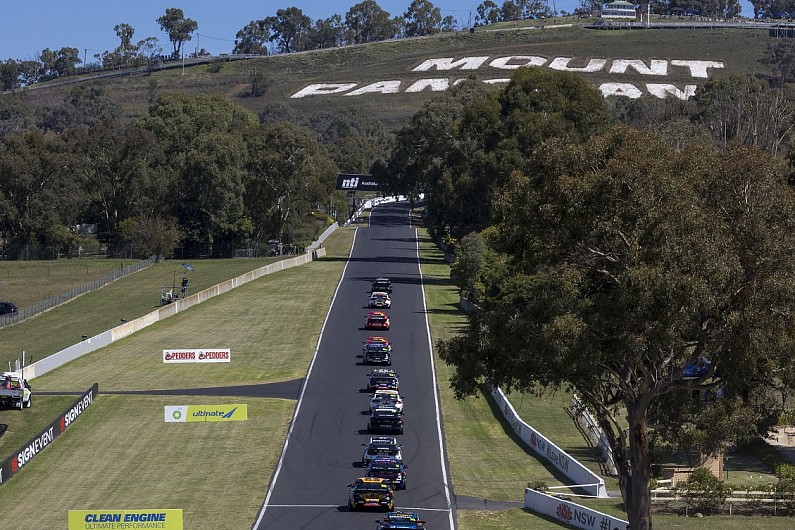 "You'd never do a Mount Panorama 500 and then roll into Newcastle. That's a lot in one state at one period of time."

But that doesn't necessarily mean there won't be an early-year Supercars presence at Mount Panorama in the future.

Talk of a pre-season test during the Bathurst 12 Hour weekend has lingered ever since Supercars took over the event, Seamer admitting the impending introduction of Gen3 could make 2022 the right year to make it happen.

"It's not off the cards," he added. "Particularly with Gen3 coming, access to the track is limited.

"So it's never off the table, it's just got to fit in with the pre-season schedule."