British Touring Car Championship race winner Rory Butcher was forced to miss the Dubai 24 Hours after his flight was diverted to avoid airstrikes over Iraq.

The reigning BTCC Independents Trophy winner, who last contested the Creventic-organised event in 2016, was due to share the #429 Century Motorsport BMW M4 GT4 with team owner Nathan Freke, Andrew Gordon-Colebrooke and William Paul.

But the Iranian-launched air strikes fired at US military bases in Iraq, in response to the US drone killing of senior Iranian general Qasem Soleimani, prompted Butcher's flight to be redirected north-west to the Turkish city of Istanbul.

Matters were compounded when his connecting flight to Dubai the following morning was delayed by a technical fault on the runway, causing Butcher and Paul to miss the entirety of free practice running.

Having set no timed laps before qualifying, both Butcher and Paul were forced to miss the race and return home.

In their absence, Freke and Gordon-Colebrook have been joined in #429 by Daren Jorgensen, Ben Hurst and Angus Fender, who are also driving Century's #430 car with Freke and Brett Storm.

"It was all going smoothly until we got to 20 minutes from the Iraqi border," Butcher told Autosport.

"It was the middle of the night, and the captain came across the radio to say, 'You may have noticed that we've done a U-turn, we're going to be landing in Istanbul and then update you on the situation'. 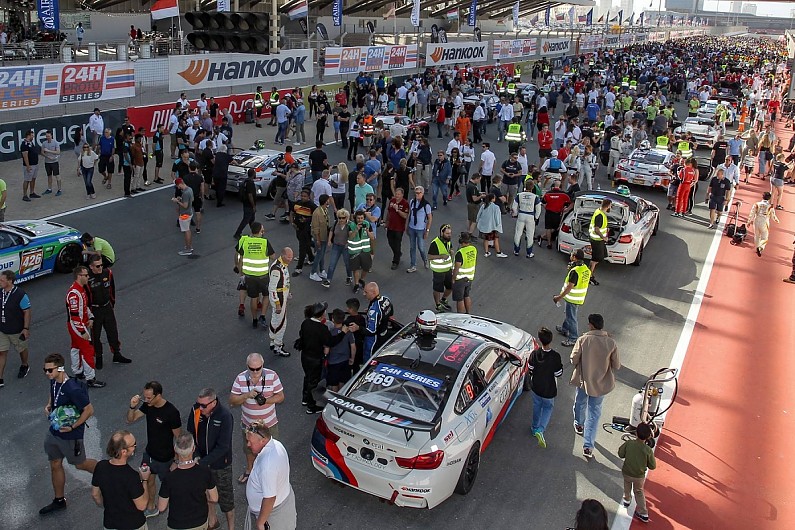 "It was quite concerning but the main thing is that BA [British Airways] did the right thing.

"I think we were just in a small window of time where flights had to go and land at nearby airports, because there was a safe route down past Egypt and then through Saudi Arabia.

"I think a couple of hours later we could have redirected our route around the problem, but we were just in the wrong place at the wrong time.

"It's certainly frustrating to not be able to race in the event and be sitting home watching it, but the whole thing was out of our hands.

"Every stage after that moment we had to do the U-turn went wrong, it was just one thing after another.

"To just get on the runway and then for the captain to come over the tannoy to say that they've got a technical fault, it was just like, 'Man, this isn't going to happen!'

"There was no way to fulfil our laps before the event so we had to bail and turn around.

"I've had some small self-inflicted travel nightmares, but I think this has got to take the trophy!"

With four and a half hours of the race complete, the #77 Barwell Motorsport Lamborghini Huracan currently being driven by Patrick Kujala is leading from the #4 Black Falcon Mercedes of Hubert Haupt.

Butcher has yet to announce his main race programme this year, but said he was close to confirming a deal to remain in the BTCC by the end of January.