Ex-Formula 1 test driver James Rossiter has been dropped by Nissan in Super GT, while Honda has confirmed Jenson Button's replacement in the series.

Button announced last year he would not return alongside Naoki Yamamoto - with whom he won the 2018 Super GT title - in a Team Kunimitsu Honda NSX, paving the way for a line-up reshuffle.

Formula 2 race winner Tadasuke Makino was widely tipped to replace Button and has now been confirmed alongside Yamamoto in an all Japanese line-up for 2020.

Makino competed for the Dunlop-shod Nakajima Racing team in 2019 and scored a surprise podium at Sugo alongside Narain Karthikeyan - who announced his departure from the series earlier this week.

Nirei Fukuzumi, who raced against Makino in Formula 2 in 2018, will step up to Super GT's premier category following his GT300 title triumph last year.

Fukuzumi will replace Takuya Izawa at ARTA, who in turn will join another GT300 graduate in Hiroki Otsu at Nakajima.

F2 race winner Nobuharu Matsushita, pictured below, was widely tipped to take the second seat at Mugen that eventually went to Sasahara, but Honda's announcement at the Tokyo Auto Salon suggested that he is unlikely to return to domestic competition in 2020. 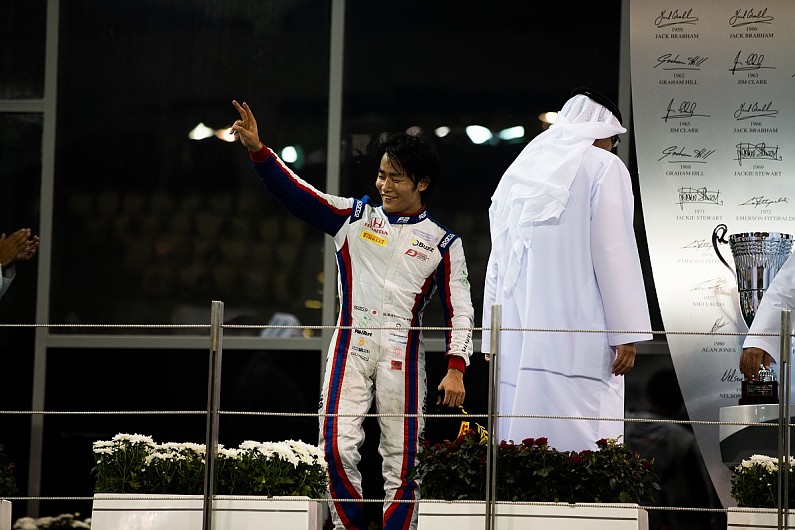 Rossiter joined the Nissan camp in 2019 after a lengthy stint at Lexus but underwent a difficult campaign as Daiki Sasaki's team-mate at Impul.

The two drivers finished 13th in the GT500 standings with 17.5 points, despite setting the pace for much of pre-season testing.

Rossiter's position at Impul will be taken by Kazuki Hiramine, who featured in the GT300 title fight last season with Sacha Fenestraz before winding up fourth in the final classification.

There are no changes at the factory-run NISMO team, which will continue to field Ronnie Quintarelli and Tsugio Matsuda for a seventh consecutive season.

Nissan will run an all-new GT-R for its four teams in 2020 following Super GT's switch to Class One cars.