Ex-Ferrari Formula 1 boss Stefano Domenicali says it would be "criminal" for motorsport not to seize the opportunity for major reform for the future presented by the coronavirus pandemic.

The COVID-19 crisis has caused severe disruption to the world of motorsport in recent months, with all major world and domestic championships forced to cancel races and delay seasons.

The financial impact this has created is forcing major rethinks within the likes of F1 in order to guarantee the survival of its grids.

Speaking exclusively to Autosport for the #thinkingforward series, current CEO of Lamborghini and president of the FIA single seater commission Domenicali says the sport has dragged its heels too long on effective cost control and other measures to ensure long term health.

"The FIA and Liberty [Media, F1 owners] together with the teams, I feel that what they are really thinking about for the future, they are heading in the right direction," he said.

"This is a take it or leave it opportunity and you cannot leave it, you need to take it.

"Otherwise the risk will be very high of it not returning to be the platform it was.

"We mustn't forget that if I look at the number of tickets that were sold for the grands prix that were due to take place up to now, they were incredibly high.

"This was the situation before the crisis and it's the duty of all the stakeholders to ensure that this kind of attention will be there after the crisis."

Last week the FIA introduced a 'safeguarding' clause to the International sporting code that allows it to push through changes for 2021 in a shorter time frame than normal and without unanimous consent.

The key moment for this to bear fruit will be the mid-June meeting of the FIA World Motor Sport Council. 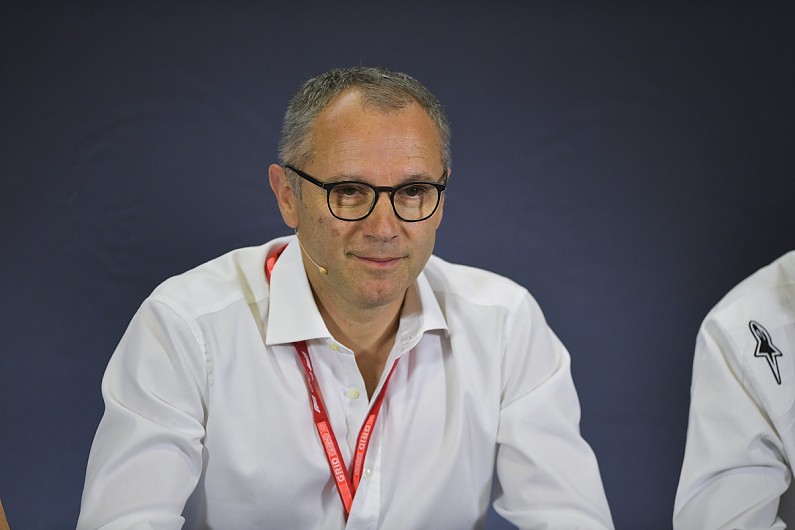 "I think that it would be criminal not to take this opportunity to revisit the points we know we need to improve," added Domenicali.

"Therefore we are really working in these weeks to make sure we can present to the FIA World Council in June, ideas that we were discussing but always postponing because the system was accepting that when the (economic) situation was really good.

"Now we need to take it on board, knowing that if we miss this slot it would be criminal.

"I see this as an opportunity for the motorsport industry to reshape.

"There's no doubt that motorsport will be an essential part into the future, but short term we need to revisit the level of investment and maybe the level of technology and the number of championships.

"We need to have a baseline zero to consider how we build back up, considering that over the next couple of years the situation will improve and motorsport will remain a very important platform for our industry."

Domenicali observed that while much attention is currently focussed on Formula 1, where teams like McLaren want to bring the budget cap down to $100m, while Ferrari has said it cannot accept lower than $145m, the need for a hard reset runs through all categories.

Commenting on when motorsport can resume, Domenicali believes anytime before September will be difficult.

"It's quite challenging because of the complication of the legislation that has to be considered," he said.

"It's not just the country where the race is held, but teams from different nationalities that have to respect the legislation of their country.

"I don't want to close the door to that; as you know, in F1 they are trying to do something (earlier).

"That would be fantastic but it would be very challenging for sure."