Mitch Evans has explained to Autosport the "aeroplane crash" that resulted in Alex Lynn being taken to hospital and that caused the red flag to the second Diriyah E-Prix.

Mahindra Racing has confirmed that its driver Lynn has been discharged from hospital after receiving the results of CT scans. He was accompanied by team principal Dilbagh Gill.

The Briton was racing Jaguar Racing driver Evans for 14th place on lap 26 of 29 when the pair collided in the braking zone on the approach to Turn 18 - which had proved the main overtaking point from both night races.

This sent Lynn airborne and upside down before he skidded along the asphalt and came to a rest between the TecPro barrier and the outside concrete wall at the bottom of the run-off.

Evans explained his perspective to Autosport, saying: "It was not a nice accident.

"Basically, I was defending hard from Alex into [Turn] 18 and he drove close to the wall.

"He didn't really back out of it. Was there room? I'm not sure, I need to see the replay.

"I hope there was and I didn't do anything out of order.

"But he clipped my rear wheel and had an aeroplane crash. It was really nasty."

We are thankful that Alex Lynn is well after this accident. Testament to the medical staff, marshals and the @FIA who keep our sport safe. ? to Mitch Evans who abandoned his race to run to Alex's aid. #ABBFormulaE #DiriyahEPrix @alexlynnracing @mitchevans_ pic.twitter.com/hp7FTNYR8w

Evans was also eliminated on the spot, with the race red flagged with three minutes to go after an initial but elongated run behind the safety car - with the field redirected through the pitlane.

"He seems all fine but he's gone as a precaution to make sure there's nothing after the shock has worn off.

"It was not a nice moment. At one point I could see him above me. It was not nice.

"But the main thing is he's all good.

"I saw him go into the wall and I jumped out to make sure he was OK.

"You never want to see that sort of stuff. He's a friend as well.

"You don't want to see people go through that.

"Hopefully there's a replay out soon. But I think it's a racing incident. We were racing hard for P-Nowhere.

Lynn was the second driver that required a precautionary assessment in hospital, with Venturi Racing's Edoardo Mortara taken in after a brake failure in free practice that forced four Mercedes cars to be excluded form qualifying while the FIA assessed their safety.

Mortara said: "I feel quite OK. I would lie if I tell you I'm perfectly fine.

"I have some big pain actually from the crash.

"It's a feeling that I'd like to forget. I felt like a passenger. There was nothing I could do. I had no brakes anymore.

"To be frank, I thought it was pretty much the end for me." 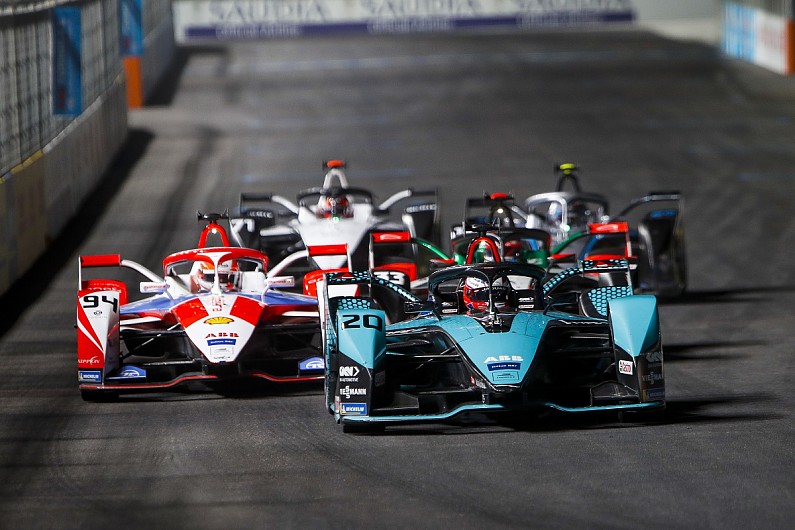