After topping both practice sessions, Mercedes driver de Vries took pole position by over six-tenths in qualifying and then led every lap of the Saudi Arabian race en route to a 4.1s victory.

Venturi driver Edoardo Mortara, racing a customer Mercedes powertrain, was classified second, while de Vries' teammate Stoffel Vandoorne charged his way through the field to finish inside the points after starting 15th.

While Mercedes was expected to be quick in its second season as a full-fledged manufacturer, having capped off its rookie campaign with a 1-2 finish in Berlin last summer, the advantage it enjoyed in the first leg of the Diriyah weekend was quite large by Formula E's standards.

Rowland admitted that Mercedes' pace in Riyadh was "worrying", especially considering its record in F1 where it has won every title since the start of the turbo hybrid era in 2014.

"Yeah, it's a bit worrying," the British driver told Autosport. "Formula E can be a bit strange [and] up and down.

"For sure they are doing a good job at Mercedes. Hopefully it doesn't turn into Formula 1. 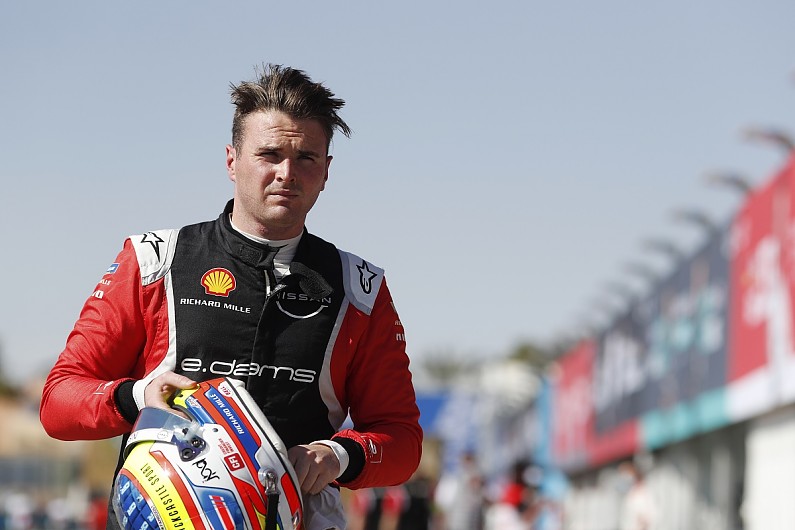 "They had quite an inexperienced driver in Nyck [last season], even Stoffel is similar to me [in terms of experience]. So it takes a bit of time to get everything right.

"There are known for doing a good job at building things. So yeah, I think [they are] probably improving. We saw already in Berlin, they were good last year at times so maybe more steps in all areas is the way everybody improves."

Rowland was the top qualifier from the first group stage and was able to move up the pack from 10th, making a late pass on the Mahindra of Alexander Sims to finish sixth.

Asked where he could have finished had he started higher up on the grid, Rowland said: "We had the pace to win.

"Even doing a slightly better race today maybe could have had a small chance. I think I should have had Pascal [Wehrlein] at the end. Didn't do a great job to be honest.

"We have the pace to be on the podium. Unfortunately with the way the groups are there's not much you can do especially when it's sandy and windy."

Nissan is competing in the Riyadh double header with the same powertrain as last season, albeit with software upgrades, after choosing the April 5 homologation window to debut its new hardware for the last two seasons of the Gen2 era.