Bird and Lynn were fighting for sixth position in the early stages of the opening Riyadh race when the Jaguar driver made a lunge going into the Turn 1 left-hander, only for Lynn to move closer to the inside wall and crash into his rival.

Lynn spun backwards into the barriers following their contact and was then collected by Bird's Jaguar, with both cars sustaining heavy damage in the incident.

Lynn was able to get going but had to park his Mahindra a few corners later, necessitating a safety car, while Bird also retired later in the race after returning to the pits.

The stewards deemed Lynn responsible for the incident and handed him a three-place grid penalty for Saturday's second race, stating the 27-year-old changed direction twice and "didn't leave the car on the inside enough space" to complete the move.

Asked what he made of Lynn's defence which led to their collision, Bird told Autosport: "Of course he didn't [leave enough room], that's why we crashed.

"For me the move was done. I've seen many people overtake there before.

"Just you need somebody that's going to comply and Alex didn't want to comply. 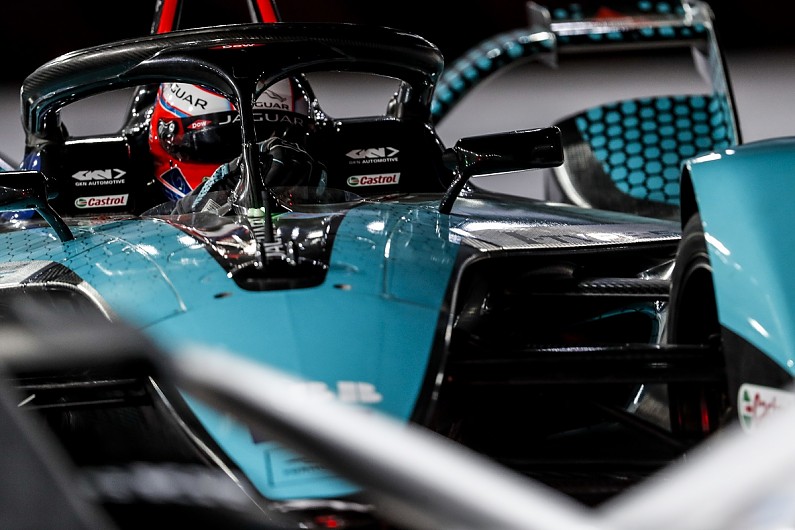 "The stewards have seen it the same way as me. So I don't need to really go on about it too much.

"I just need to look at the positives. We were quite quick today. And we move on."

Asked how he saw the crash from his point of view, Lynn told Autosport: "No, not much to say really. Was a shame to end like that."

Pressed further if he agreed with Bird's assessment that he didn't leave him enough room, Lynn added: "No, not from my side. I'm done with it. I'm done with the incident and looking forward to tomorrow."

Bird's team-mate Mitch Evans finished on the podium after completing a late pass on the Audi of Rene Rast, while Alexander Sims finished seventh in the other Mahindra.