Nick Cassidy says there's "no point in getting upset" about losing the lap time that would have placed him top six on the grid for his Formula E debut.

The Envision Virgin Racing driver clocked the Riyadh Street Circuit in 1m09.015s during the group qualifying stage for the Diriyah E-Prix, provisionally earning a place in the superpole.

But the fastest lap times of Cassidy, Dragon Penske's Nico Muller and NIO333 driver Tom Blomqvist were all deleted as the trio were found to have made an improvement during a yellow flag caused by a crash for Sergio Sette Camara.

With each group session limited to just four minutes and drivers restricted to just a single timed run on full power, Cassidy didn't have a representative banker lap in place and dropped to 20th on the grid.

Cassidy's race engineer Stephen Lane, who had worked with him previously when he finished third at the Macau Grand Prix in 2014, was heard asking the Kiwi on the team radio to "take a breath'' and "not do our dirty washing on radio".

Asked if he was frustrated to lose a top qualifying result after being unlucky with the timing of the yellow flag, Cassidy told Autosport: "Yeah, it was unlucky. Obviously not much I can do about it. That's racing. 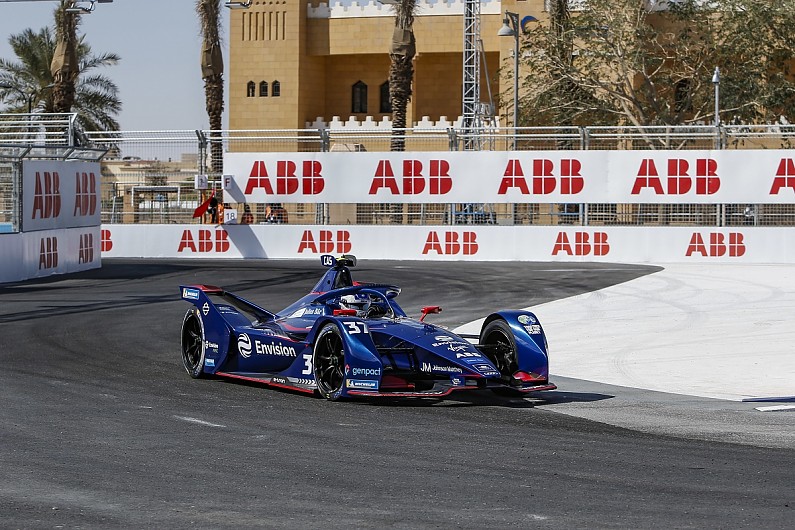 The Diriyah E-Prix marks Cassidy's first Formula E race, having joined the Envision Virgin team after spending the last few years racing as a factory Toyota driver in Japan and winning titles in both Super Formula and SUPER GT.

The Kiwi got limited running over the winter due to Envision Virgin's status as a customer Formula E team, meaning it had to share the testing allocation of its supplier Audi.

The 26-year-old said he's aiming to get as much experience of racing conditions as possible in the first leg of the Diriyah double header.

"I just want to get experience," Cassidy said.

"Still got lots to learn. It's still going to be my second ever full race run in the car and I've not done much testing. Yeah, just get some experience."

Cassidy's team-mate Robin Frijns didn't take part in qualifying after a crash in FP2 in the afternoon necessitated a change of battery on his car.