Andretti has announced that it will stick with a BMW powertrain for the 2021-22 Formula E season after the German manufacturer leaves the championship in an official capacity.

BMW has been involved with the Andretti team since the third FE race in Punta del Este in 2014 before officially entering as a powertrain constructor for the 2018-19 season.

It has gone on to win four races, but shortly after the finish of pre-season testing in December, BMW went public with its decision to exit FE having "essentially exhausted the opportunities" in the series, according to a statement.

As expected, Andretti has now formalised a deal to continue with the BMW powertrain for the final season of the Gen2 regulations, although it is not expected to receive any ongoing software upgrades.

"As a works team, BMW i Andretti Motorsport has enjoyed shared success and we look forward to building on that as we continue on with Andretti Formula E.

"The BMW drivetrain has proven to be reliable and competitive, and we look forward to putting it to work for another season."

"Working purely as a drivetrain supplier, we will no longer be involved directly in events at the racetrack in [next season], but we will provide the team with support in response to any technical questions regarding the BMW Racing eDrive03."

Drivers Maximilian Guenther and Jake Dennis are both contracted to BMW and not to Andretti, which could have a major impact on the driver market next season. 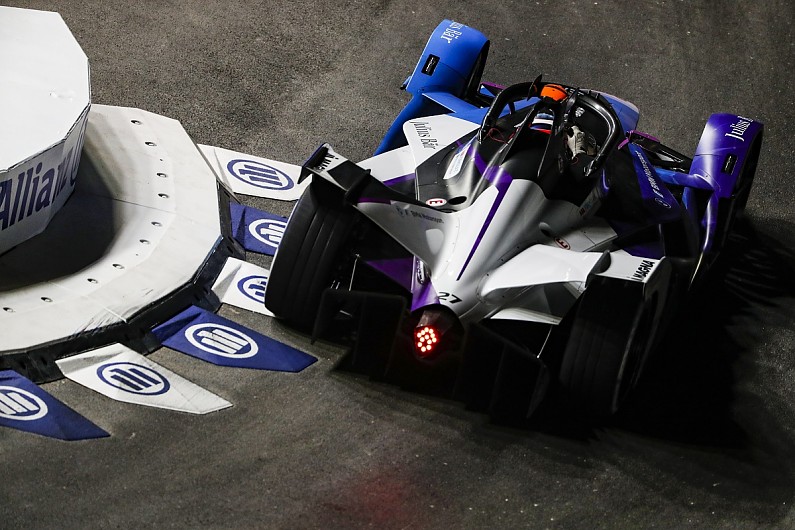 In addition, Andretti team principal Roger Griffiths told Autosport that "it'd be remiss" not to initiate talks with 2016-17 champion Lucas di Grassi, who intends to remain in FE after Audi also quits at the end of the current campaign.

Griffiths told Autosport that his team would not enter next season with two rookie drivers but could look to its operations in IndyCar to bring in one new driver.

He said: "At this point, there's no preconceived ideas about who we would have in the team.

"It's all well and good having conversations with some of the stars in this paddock, but ultimately, you've got to be able to pay for it.

"We're quite lucky with our IndyCar operations that we have visibility on a lot of drivers."

Griffiths added that the process to find a driver pairing for next season is underway, but the team is not in a "massive rush" to conclude deals.

For the advent of the Gen3 regulations in 2022-23, Griffiths has ruled out Andretti returning to building its own powertrain after the unreliability and competitiveness of its Gen1 efforts. A new partnership with an automotive OEM is "favoured".

But Griffiths told Autosport that Andretti would first need to prove to the McLaren directors that "we are the best option".