All drivers ran in the same centrally operated ODYSSEY 21 E-SUV, built by FE chassis supplier Spark Racing Technology, which is due to deliver one car to each of the eight teams confirmed for the inaugural XE season by the end of the month.

Leading the testing driver line-up was Vergne and nine-time grand prix winner Bottas, whose presence was meant to remain private before the Finn shared pictures on social media.

Vergne, co-founder of the Veloce Racing XE team, said: "I was really pleased with the power, it's totally impressive.

"It is a totally different world to what I'm used to. I've never driven sideways before and here you have to slide so it's something I'm discovering and I'm really enjoying it.

"For the first few laps, I had to almost re-learn the way I drive the car as it's so different to the experience in a single seater.

"Rather humbling for me at first but I evaluated, took advice and saw progress really quickly, which felt good." 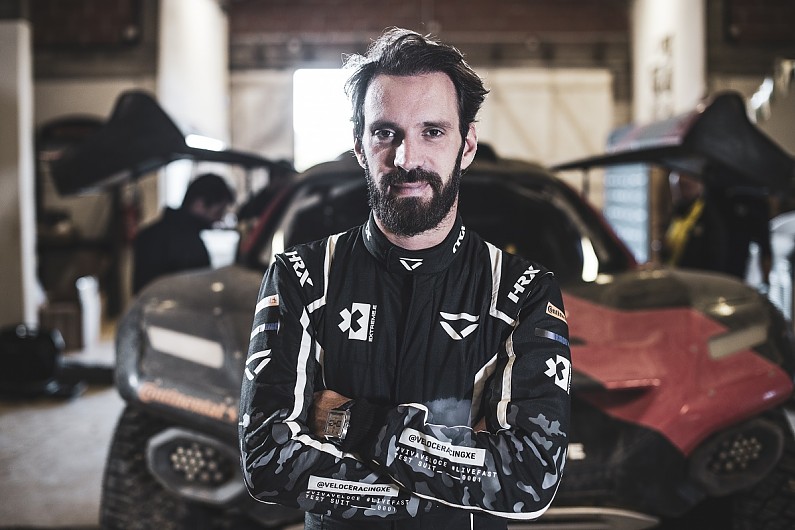 He added that he could still form one half of Veloce's male-female driver pairing, saying: "This series is going to be huge amounts of fun and I can't wait to drive it again and see even more improvement.

"Whether or not I drive in the series myself is not decided.

"I want Veloce Racing to win of course so will pick the driver best suited to the job.

"What I do know though is we are building a serious team entry and we can't wait for season one to get started."

XE revealed that Bottas - who won the Paul Ricard-based Rallycircuit Cote d'Azur event last year aboard a Citroen DS3 World Rally car - was one of a "few major-profile drivers who came and tested privately and therefore can't be named".

This marked the second test to be conducted at the Chateau de Lastours site, with Hansen the only driver to have now tested the car twice.

Billy Monger also ran, with modified controls "a hand throttle on the steering wheel on a big paddle, which the guys at Spark created after I visited their factory earlier this year."

A race simulation test is expected to take place in December, with the maiden season set to begin in early 2021 after the first event in Senegal (penned for 23-24 January) was delayed due to the COVID-19 pandemic.