Any Formula E team would be "super lucky" to have Nick Cassidy drive for them, according to Cassidy's former team-mate and current DS Techeetah test and reserve driver James Rossiter.

Cassidy, a champion in Super GT and Super Formula, got his first FE run in the Marrakech rookie test and was quickest by nearly half a second for Audi customer team Envision Virgin Racing.

Cassidy has previously declared his interest in competing in FE, and Rossiter - who is involved in the management of DS Techeetah in addition to his test/reserve role - says he can easily see the Kiwi on the grid.

"He's a kid that came to drive for TOM'S in Formula 3, and came and slept on my sofa in Tokyo and stuff like that - I have a great relationship with Nick, he's an amazing guy.

"Obviously team-mates with him in Super GT for a few years, we have a good friendship, and he deserves a shot really, I think, to race here.

"What he's achieved in Japan has been absolutely incredible.

"I think the world should really take more notice of what he's achieved at such a young age [of 25] - to achieve the Triple Crown of Japanese motorsport [winning Japanese F3, Super GT and Super Formula], it's really really difficult, I can definitely vouch for that." 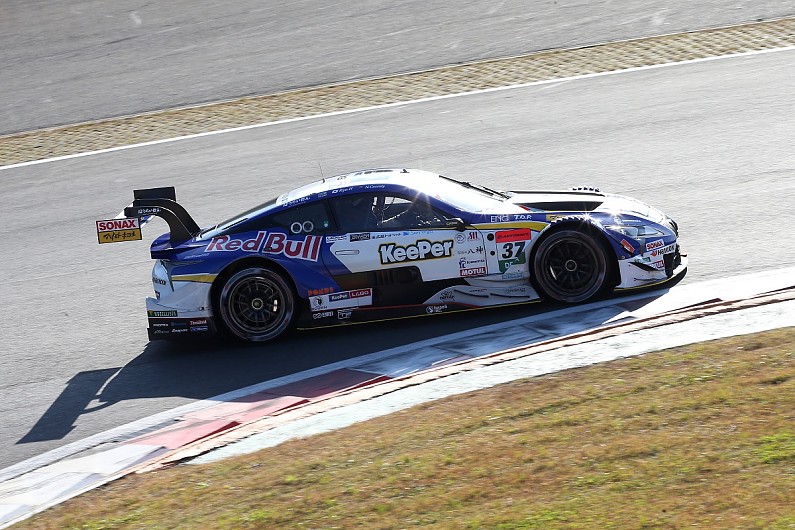 Asked whether he could see Cassidy become a hot property in the FE paddock, Rossiter said: " I think that any team would be super, super lucky to have Nick drive for them.

"I know that if there was an opening, he would be one of the top ones to slide straight in."

When Rossiter's words were put to Cassidy, he thanked his ex-squadmate for the compliment, but was non-committal over whether his strong test showing made an FE future more likely.

"It's so different to what I have been doing.

"For me, I was interested myself how I'd adapt, but it seems like that wasn't a problem. For the future, let's see."

Regarding his last-gasp 1m16.467s effort, which left him with a substantial gap out front and stands as the Marrakech FE lap record, Cassidy said: "To be honest, I'm used to categories that have massive track evolution at the end of the session, so I saw the laptime, I knew it was a really good lap, and I was very happy with it, however I just expected everyone else to improve as well.

"So it wasn't until I saw the timing and it was all done, it was kind of like 'wow, that's a fairly good gap'."