Mercedes has revealed its drivers for the Marrakech Formula E test, while McLaren F1 test and development driver Sergio Sette Camara has been announced by the DRAGON team.

Hughes, 25, finished seventh in last year's F3 points and is signed to continue for another season with the HWA team.

It ranked ninth out of the 11 teams in the standings before the manufacturer took over the entry.

Hughes said: "I'm pleased to be playing my part on the simulator and it's great to get this chance now to find out what I can do in the real car.

"As for the test itself, I'm just hoping to support the team with the development programme and to tick off items on the testing list.

"I'm really excited about that."

Hughes also drove in last year's Marrakech rookie test for the NIO 333 team and set the 20th fastest lap in the combined times.

That meant he beat fellow NIO driver Jamie Chadwick, who will also return in 2020 with Jaguar.

Similarly, Juncadalla ran for HWA in Marrakech in 2019 - ending the day in 17th - to add to his runout in the pre-season Valencia test. 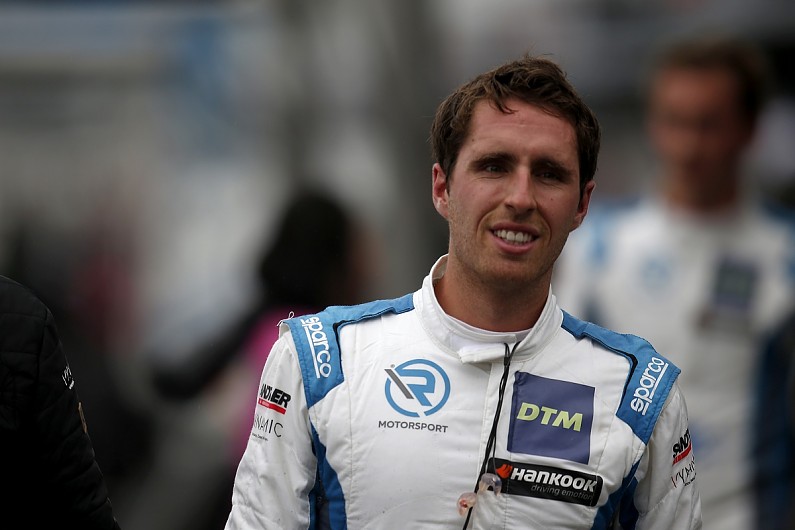 The one-time DTM race winner completed the same events for the Mahindra outfit the previous year.

He is currently without a full-time drive for this season since R-Motorsport withdrew its Aston Martin Vantages from the DTM after only one campaign - in which Juncadella finished 14th.

The 2012 European F3 champion said: "I'm very excited at the prospect of getting back behind the wheel of a Formula E car.

"I'm confident that my experience can be beneficial for the team.

"I already know Formula E from testing in the past, and I learned a lot during season five as test and reserve driver for HWA."

Completing the line-up for the Marrakesh test is Sette Camara, who joins former BMW DTM driver Joel Eriksson at DRAGON.

Like Eriksson, the move also includes Sette Camara becoming a test and reserve driver at DRAGON for the remainder of the season.

The former F2 racer said: "I can't wait to drive a Formula E car for the first time.

"Working with the team at DRAGON in Silverstone has been a great experience so far, and we will continue to work hard to make improvements on the package this season."