Rossiter finished 13th in the Super GT standings in 2019, his first campaign in a Nissan GT-R GT500 car after switching from a long partnership at Lexus.

But he was dropped by Nissan for 2020 in favour of Kazuki Hiramine, who finished sixth in the GT300 standings last season alongside Sacha Fenestraz - who will drive for Jaguar in the 1 March test in Morocco.

Rossiter, who serves as DS Techeetah's test and development driver and competed in the test last year, said: "I'm really proud to have been part of this this team for the last two years and it's been great to see how we've all pushed the limits to win a championship together.

"It's an extraordinary group of people in this team that I thoroughly enjoy working with."

IMSA SportsCar Championship Cadillac racer Albuquerque has never driven a Formula E car before, but is a previous winner of the Daytona 24 Hours.

He also drives for the United Autosports squad in the WEC, and currently occupies second in the LMP2 class standings.

"It's a great honour to be able to drive for a championship-winning team and I'm really looking forward to getting in the car," said Albuquerque.

"It will be a first-time experience for me sampling a Formula E car and from what I've heard from other drivers, I'll be busy like nowhere else in the cockpit but have a lot of fun while I'm at it." 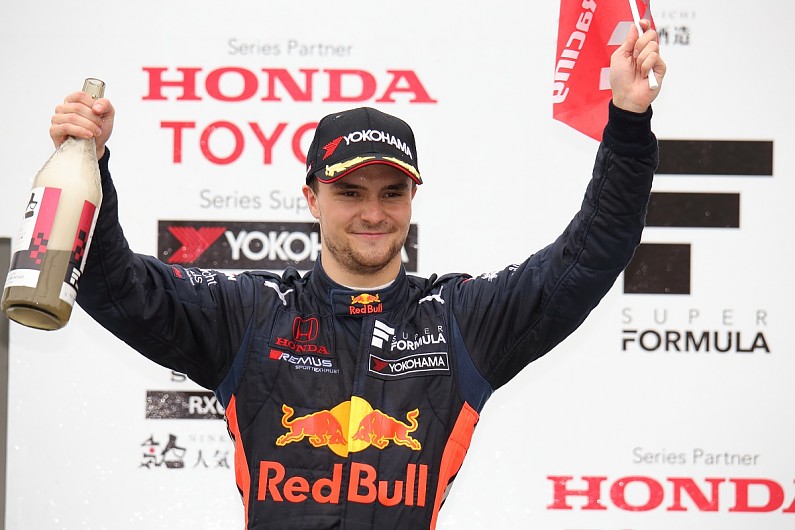 After a season in Super Formula - including a podium at Sugo - in which he claimed ninth in the standings, former Mercedes driver Auer has been signed by BMW for the 2020 German tin-top season.

In Marrakech he will run for the BMW Andretti team alongside reigning Indy Pro 2000 champion Kyle Kirkwood.

The NIO 333 team announced it has added 18-year-old Asian Formula 3 driver Daniel Cao to its Racing Academy, while three-time Formula 2 race winner Antonio Fuoco will drive alongside him in the test.

DRAGON is set to announce who will drive its second car on Friday, with former BWM DTM driver Joel Eriksson already announced.

Mercedes is the only team yet to reveal either of its drivers for Marrakech.