Mercedes has confessed to hiding the floor design of its new W12 Formula 1 car as it does not want to give rivals a head start on copying its ideas.

The German car manufacturer revealed its 2021 F1 challenger on Tuesday morning, but it was noticeable that it was not fitted with a floor that appeared optimised for the new rules - so was clearly not its new version.

F1 has introduced new aero regulations for this year that demand an area in front of the rear tyre is cutaway, as well as limiting the use of holes, in a bid to stop teams exploiting this area to help boost performance.

How teams recover the lost downforce is likely to be decisive in the F1 title battle, which is why teams have been keeping developments in this area secret so far.

Mercedes technical director James Allison said his outfit too was playing that game - which is why its W12 launch images did not features its new floor idea.

"The bit we're not showing you is down along the edge of the floor," he explained.

"That area is the area that was most affected by the new regulations, where they tried to pull performance away from the car by changing the floor regs.

"Down there, there's a bunch of aerodynamic detail that we are not quite ready to release to the world. 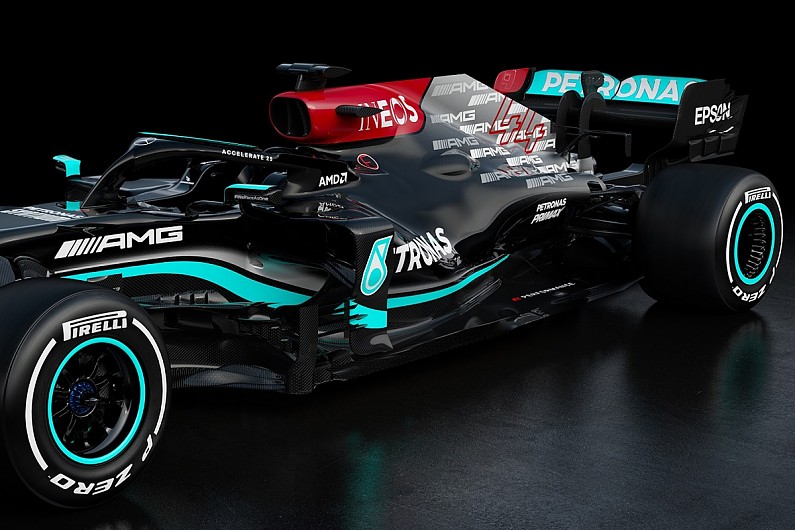 "Not because it's not there, but because we don't want our competitors to see it. We don't want them starting to try and put similar things in their wind tunnels. It just buys us a couple of weeks extra.

Allison said that other changes made to the W12 were more obvious - including a 'sexy bulge' on the engine cover that hides developments that have been made on the power unit.

"It doesn't take much more than a glance, to see that it is an old friend in many ways," he said about the changes between the W11 and the W12. "It's the same monocoque as last year, same gearbox as last year, and lots of the same structure underneath as last year.

"But look a little closer and you'll also see there are some fairly significant differences.

"Just a glance at the sidepod there, and you'll see a rather sexy looking bulge in the engine cover, which is hiding some of the work that our friends at HPP have done to squeeze more horses into that power unit for us for the year.

"And across the whole car. It is actually dressed in new clothes, new aerodynamic finery, that we hope will make it a successful car."

While Allison said he was excited about the potential of the W12 as Mercedes targets its eighth consecutive F1 title double, he was equally aware that rivals had the potential to close up on the team.

"We are utterly excited about everything that's in front of us, but equally anxious," he explained. "So much has changed in these regulations at a detailed level, but do really punish the car from a performance point of view.

"Have we done enough to recover back that performance better than our competitors? None of us know, and yet we know we really care about it. And so the anxiety is quite high this time of year." 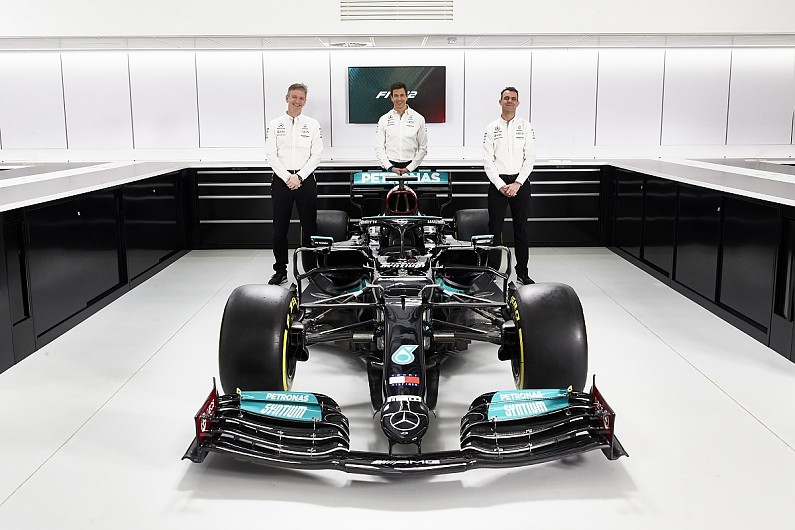