Charles Leclerc says he would love to enter the 24 Hours of Le Mans with Ferrari if an opportunity were to arise with its newly-announced Hypercar programme.

Ferrari announced on Wednesday that it would be returning to the premier class of sportscar racing in 2023 by entering the Le Mans Hypercar class of the World Endurance Championship.

The programme will see Ferrari embark on its first factory prototype campaign at world championship level since 1973, having last won Le Mans outright in 1965.

Leclerc took part in the Motorsport Games-run virtual Le Mans event last year, and said afterwards that he was eager to take part in the real thing one day.

Speaking at Ferrari's launch event ahead of the 2021 season, Leclerc said that while his focus lay on Formula 1, he would jump at the chance to race with the team at Le Mans in the future.

"I love Le Mans, I've always been a fan of Le Mans," Leclerc said. "If the opportunity arises, then I will be very happy to join.

"At the moment, my main focus is Formula 1. But, again, if there is an opportunity, why not?"

Leclerc's team-mate, Carlos Sainz Jr, was cooler on the possibility of racing at Le Mans in the future, but called the Hypercar programme a "very interesting project".

"It's great that a brand like Ferrari wants to try again in Le Mans, and I will be the main supporter and main fan of them," Sainz said.

"But, driving-wise, I think we have a lot of work to do here in Ferrari and my full focus is with Scuderia Ferrari Formula 1, and other projects at the moment are not in my direct mind.

"I will be following closely, but it's still a bit too far away."

Ferrari's expansion into prototype racing comes following an evaluation of other motorsport activities that also saw it consider possible involvement in IndyCar.

But Mattia Binotto denied the decision to enter LMH was a result of the budget cap in F1 that has been introduced for the 2021 season.

"No, it's not a consequence of the financial regulations at all," Binotto said.

"The programme has been evaluated from the company point of view [to be] of interest, and we decided as Ferrari to be involved." 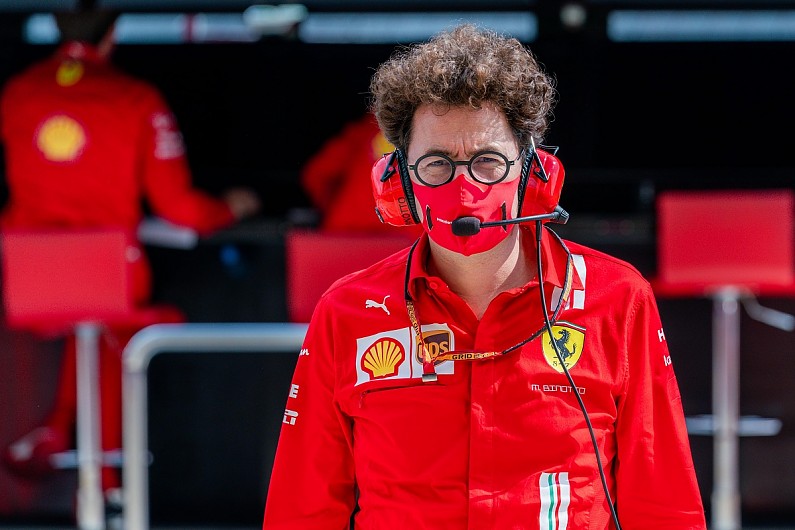 Although F1 team principal Binotto distanced himself from heading up the LMH squad, he said he would be open to lending any expertise where possible.

"Will I be in charge? I think we should understand that Ferrari is a unique company - it doesn't matter who is in charge and who is responsible," Binotto said.

"But no, I will not be directly in charge myself. We are, as Scuderia Ferrari, fully focused on the F1 programme.

"But no doubt, if as [the F1 team] we may support with somehow know-how, expertise, we will do it because, once again, we are a unique company."