Haupt Racing Team will enter two Mercedes AMG GT3 cars in the DTM this season with factory support from the German manufacturer.

A relative newcomer to the international GT3 arena, HRT was formed last year by former DTM racer Hubert Haupt, who competed in the series for Audi in 1991-92 and again with Opel in 2001.

Taking over some key personnel from the two-time Nurburgring 24 Hours-winning Black Falcon squad, including its team principal Sean Paul Breslin, HRT competed in both the NLS and the GT World Challenge last year with Mercedes, scoring back-to-back wins in rounds 2 and 3 at the legendary Nordschleife circuit.

Its most recent outing came in the Dubai 24 Hours in January, where it finished on the overall podium with its Pro line-up.

HRT will now contest the DTM with two cars following the series' switch to GT3 formula, taking advantage of factory support from Mercedes.

The driver line-up will be announced at a later date, although Autosport understands that Maximilian Gotz is a leading contender for the two seats.

"I am really looking forward to the DTM," team boss Haupt said. "This series is closely linked with my own personal career as a racing driver - and now as a team owner too.

"We only started out with HRT in the middle of 2020, and have already claimed some major successes on the GT3 scene as a Mercedes-AMG Performance Team. Entering the DTM is now the logical next step for us. 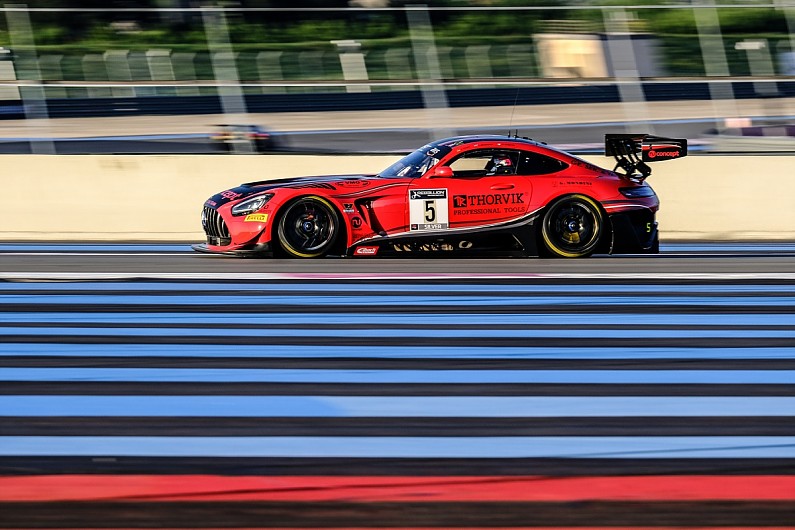 "We know it is going to be a huge challenge, but that is exactly what we love. All of us here at HRT are passionate about motorsport and will take our usual professional approach to this challenge."

Mercedes officially announced last month that it would extend its factory support to customer teams in the DTM this year, marking a return of sorts to the series it was an integral part of until 2018.

Autosport understands that Mercedes' support will not be limited to just spare parts and supply of factory drivers but could also include providing additional funding to customer teams.

Although the German marque stopped short of revealing how many teams could benefit from its involvement, it is understood that it would support between four to five cars in the series.

Apart from Haupt, Macau-winning team GruppeM is the only other Mercedes team to confirm its participation on the 2021 DTM grid, but it is unclear if it will receive technical or financial support from the manufacturer.